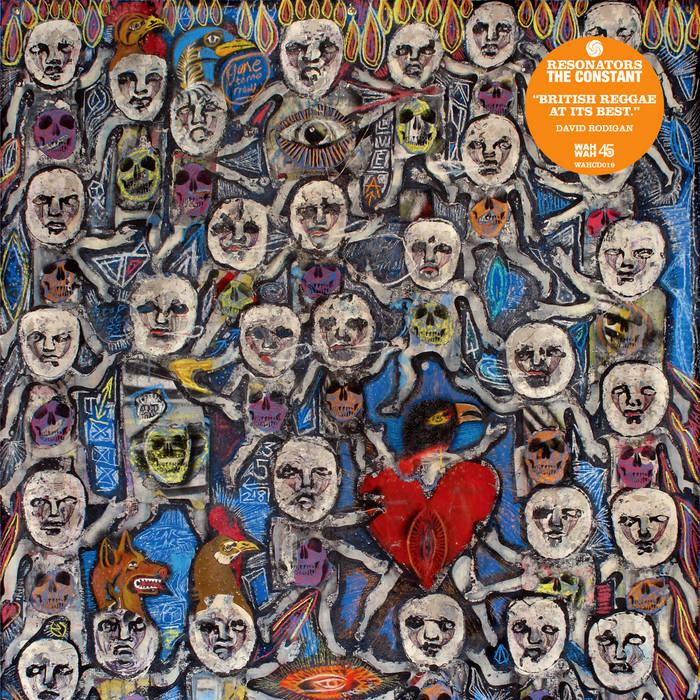 Dan Tolomeo Lovely little album this! Lively, fun filled dub to help get you through the day. Favorite track: B.A.S.I.C..

Team Oktopus If you have ever spoken ill about either reggae or dub, this album will make you eat your own words. ALL OF THEM Favorite track: Soldier.
more...

The eagerly anticipated second album and first for Wah Wah 45s, The Constant, will be unleashed on 5th November 2012 on vinyl, CD and download. It fuses direct and healing messages about today's world with progressive roots-inspired dub and a deep soulful sound.

The first single taken from the album, Surrender was released earlier this year and was described by David Rodigan MBE as 'British Reggae at its best.ʼ


All songs written, arranged and performed by Resonators.

Recorded by Ben Hampson at Brighton Electric.
Except Vipers and Transmission recorded at Metway Studios.

Vocals recorded by Leroy Horns at Orange Row. Except Vipers, recorded at Metway.

Mixed by D Mathers at JamTone.
Except tracks 1,3 & 4 mixed by Richie Phoe. Tracks 6 & 7 mixed by Nick Manasseh. Track 10 mixed by A Moughrabi.

One of the most powerful dub bands in the UK, taking all the influences of original Jamaican sounds and riddims, and bringing it forward into the sounds of here and now.

Fronted by two soulful and innovative female vocalists (Faye Houston and Kassia Zermon), this 8-piece troupe generates a sound which is equally strong and sweet, conscious and fun. ... more

Bandcamp Daily  your guide to the world of Bandcamp

Benji B talks about his new compilation ‘Deviation Classics’